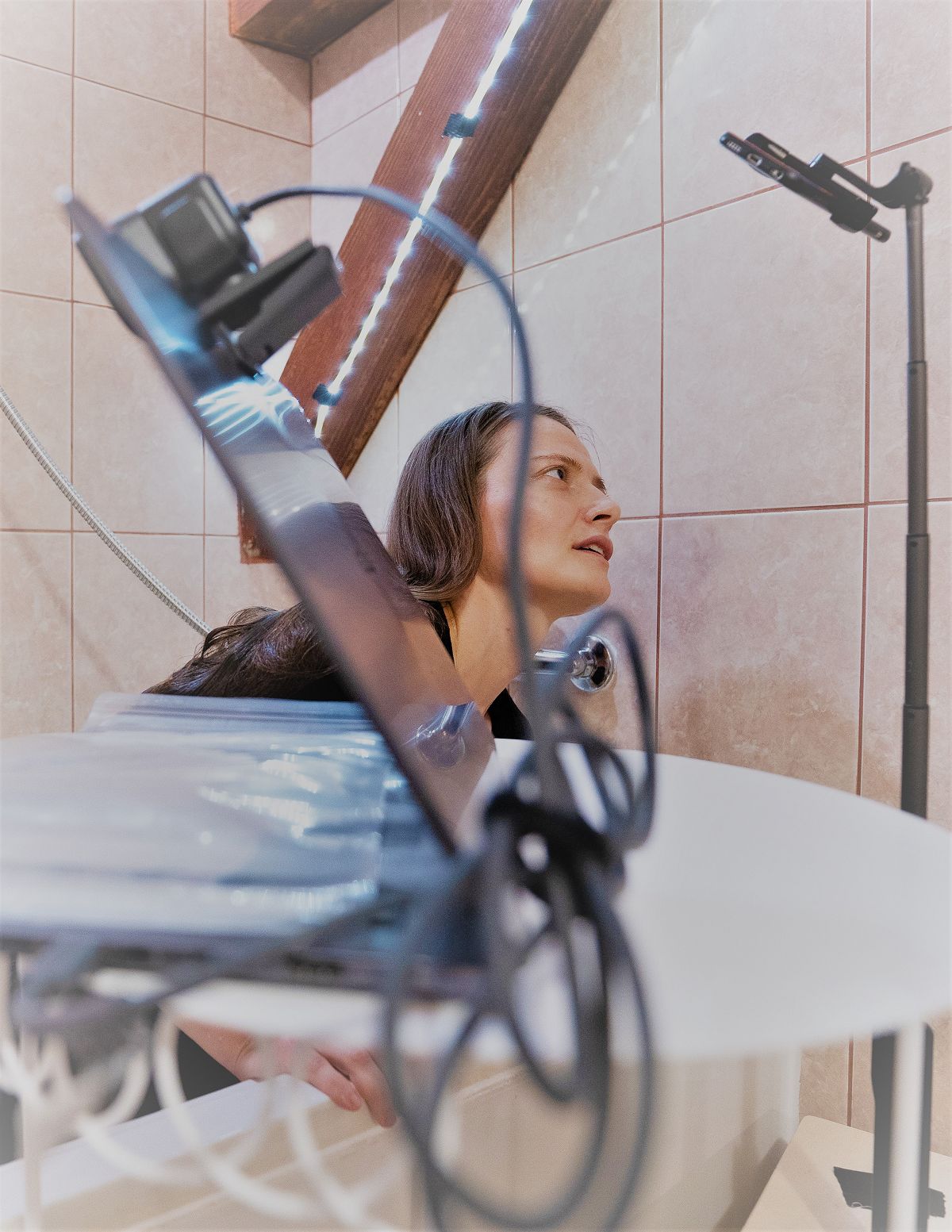 Romanian Theater Award Nominee 2021
V.I.P.-Very Isolated Person was nominated in the category "Best TV/ Online Show" on the 27th of May 2021.

This news comes with such a big joy, cause this project started as an independent project (now in the German State Theatre repertoire), born from a huge crave for experimenting this new form of online-theatre, the pandemic version of theater. The main goal was to bring the audience closer, so we tried all the different possibilities to make the Zoom platform as artistical as possible.

We are grateful for the positive and warm feedback that we've got every time we played the show and for celebrating with us this UNITER nomination.
Thank you to the jury Oana Cristea Grigorescu, Claudiu Groza and Cristina Rusiecki!


What Chekhov's texts have made unique and interesting for our project are their sensitive diagnoses of a change in time. Although Chekhov's creative period was marked by radicalizing moods and the first protest movements that led to the October Revolution in 1917, his texts were never obviously subordinate to political or ideological issues. He “subtly” interweaved the “mood of change” in psychologically complex and at the same time everyday situations or personal relationships. Chekhov does not write about crumbling societies, but about crumbling cherry orchards, he does not write about approaching revolutions, but about the desire for freedom, which he has all his figures interpreted individually. Sometimes it's the return to Moscow, sometimes the pursuit of new forms of theater and sometimes just the desire not to be declared crazy. And very often nothing happens. Or apparently nothing. It is the emptiness, the waiting, the observation and the hope that makes Chekhov's texts so exciting and painful, because it is always the discrepancy between where his characters want to go and where they are, what fills the empty space. This empty space, which has been called "undramatic" for many years, is ultimately the real tragedy of life. Changes are happening: societies are changing, political systems are changing, technologies are changing, revolts are taking place and all of this is happening and we are right in the middle of it and yet only in retrospect notice how significant this time was historically or socially, while we all according to our own have striven for change.
For us, the Corona period contains this “Chekhovian” dramaturgy: We each sit in our own four walls and wait, waiting for something to change while the whole world is changing outside. We found another parallel in that Chekhov's plays, which almost always take place in provinces or rural areas, where his characters debate from a great distance to what is happening in Moscow, whether they believe in it or not. Thus the pandemic, while for some people, especially those living in big cities, the most demanding time of their lives, may remain a story from the media for others, an echo from far away that has not or has not yet become their own reality.
In a hundred years people will probably talk about this time and how it, we hope, has brought about changes, but nobody will mention that this time consisted mainly of waiting and empty space.
With Chekhov's texts we had a large repertoire of great texts at our disposal. "The Seagull" inspired us the most during this time, because in addition to the topics mentioned above, this play also mentions the theater and its very own revolution. There is talk of new forms of theater and the question of what acting is. Questions and discussions that have been of particular relevance to theater professionals in recent months. “Is there anything like online theater? And if so, is it a new form or is it fundamentally wrong to want to categorize theater based on the format? "
However, our selection did not end with the piece "The Seagull", but we went one step further and mainly deal with a figure from this piece: "Nina". Nina's story is often dismissed as that of a naive and dreamy girl, her story is much more about a young, oppressed woman who tries to escape the sadness of her surroundings and the loneliness in her heart through acting. In this character, who thinks so much about acting, being isolated and loneliness, we found many parallels to the life of an actress in times of "physical distancing". 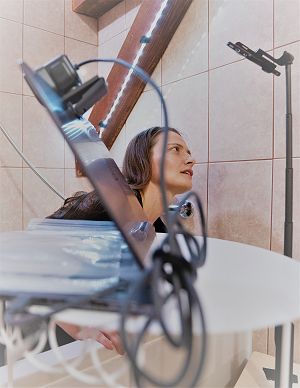