Performer in Gravity video installation by Josepha Blanchet
By placing the human body outside the world, within a region bare of atmosphere, in an abstract world outside the world, a space without space, the French artist, Jospeha Blanchet, multiplies the concept of the intertwinement of the being with the (not) surrounding space, by inciting the viewer to question the possibility of her/his own existence in a metaphysical dimension. The human is always alongside entities which it enconounters and which belong to a world already discovered and at the same time - by extending into the world of the encountering things and matters - a human being gives a space and room to himself, within which that encountering and his own being-situated can take place.

Josépha Blanchet created GRAVITY with the purpose of analyzing this possibility. The possibility of the human being existing in a negative space, not yet discovered, possible, but improbable for a perceptual level. A space in which materiality, relations or contextualization vanish, and the human being can be identified through movement. The ontological movement becomes the key of decoding the human essence, and the rhythm created by the artist link her interior space (which becomes exterior through video projection) to the viewer’s exterior space (which will become interior).
Space it’s a fundamental moment of real world, nothing that exists is `lonely'; all existing things emerge out of space-time connections and is entering into connections. But this is the (im)possibillity the artist puts into question. The quest of placing the human being into a space lacking all this factors, in order to create a totally free space non-space, where the body becomes a nexus of possibilities and where the movement guides past and new experiences. 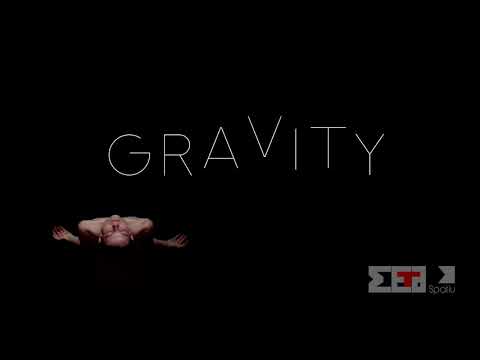